The Complicated History of Anti-Blackness in Mexico

Published by admin_OWYyMzc on November 5, 2021 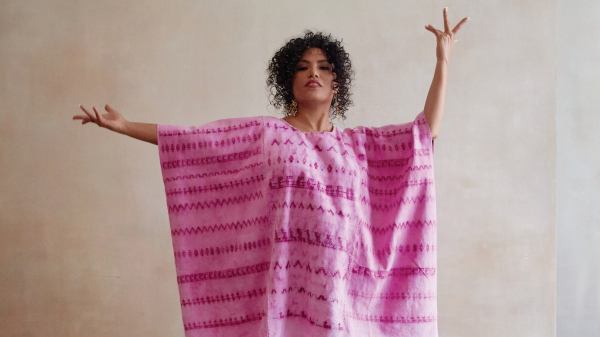 This story is a part of The Melanin Edit, a platform in which Allure will explore every facet of a melanin-rich life — from the most innovative treatments for hyperpigmentation to the social and emotional realities — all while spreading Black pride.

How can you tell a story that has been deprived of its sound? Where do you begin a genuine tale that was always denied the possibility of being told? This is what happened with the Black population's narratives in some parts of Mexico and Latin America; their mere existence is still often questioned by many worldwide. Over time, Black heritage has been pushed to the margins of every discourse and essentially disappeared. But today, some Afro-Mexicans are begun to reclaim their presence.

La tercera raíz (the third root), as they are described by some, refers to the slave population that came by boat shortly after the Spanish conquest of Latin America. Some of their names were registered, while the lives and identities of others were deleted without a single piece of paper proving their existence. And yet, they spread and populated the hidden corners of the region, blending their stories with those they encountered. This forced them to fall into the recesses of ignorance so that even today, they remain confined to invisibility.

While countries like Colombia or the Dominican Republic recognize their Black roots (although sometimes in very contradictory ways) in Mexico, the stories that keep the third root alive are still mostly absent. Finally, however, Mexicans of African origin have started to emerge from the silenced place where they were hidden for centuries. And they are gaining a voice.

Here, we introduce five of them: five lives marked by both ancient and contemporary struggles, who are experiencing the joy of reconnecting with their identity. 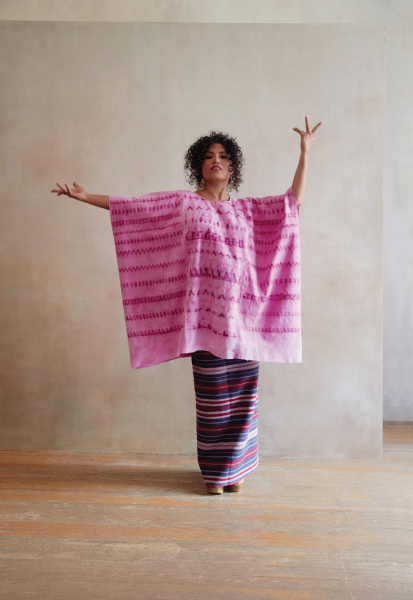 Alejandra Robles is an African-Mexican singer from Oaxaca. "I've devoted many years to studying the roots and history of music ─ one of them being the African tradition. I grew up not knowing that I was an Afro-descendant myself, but when I read the studies of Gonzalo Aguirre Beltrán, I understood. It was a painful discovery because the ideals of beauty we see are far from the indigenous and the Afro, and I didn't feel like I identified with anything. I felt very different from what was considered beautiful, but over the years, I grew strong: this is my fight, and now I wear it as a flag," she says.

The singer from Southern Mexico explores her origins through music, composing songs about the shades of the skin or the sea and using her voice to give color those narratives that had been scattered by the wind. On her YouTube channel, Joyas de Oaxaca, she celebrates the pre-Hispanic heritage of the place she calls home. 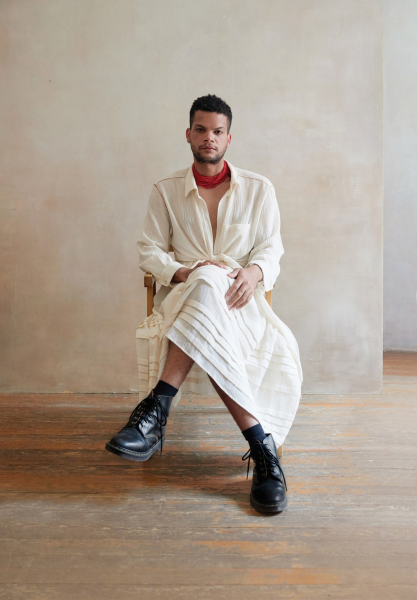 Waquel Drullard has tried to walk away from labels like gay or homosexual that come with a colonized anthropologic charge. (One is an English term that encapsulates the Adonis archetype that excludes the indigenous body. The other holds a subtle reminiscence to the literate elite that tries to control all bodies.)

"Having deep self-love is also a form of anticolonialism."

Instead, Drullard has embraced the word marika. "I come from a neighborhood called Sabana Perdida in the Dominican Republic. It's a racialized, impoverished place where your destiny is predetermined: You won't go to college; you are supposed to be a housemaid or a moto biker. That place has shaped the effort I've put into becoming who I am. I had an opportunity because I learned the true meaning of resistance while living under a cisgender, heterosexual regime that was constantly pointing me with its finger, reminding me how weird I was. I learned not to identify myself with it, not to let myself fall. I understood that the cruelest revenge you can inflict against a society that doesn't value your life is to appreciate it, to preserve and love yourself enormously. Having deep self-love is also a form of anticolonialism."

Waquel inhabits a Black, fighting, racialized body. They walk the streets aware of their Afro heritage and celebrate being a marika because, for them, it's their revenge. They want to decontextualize the Black body. "When a society prioritizes certain bodies over others, it's important for me to choose to call myself Black, half-blood, racialized. I fight beauty standards and social order. If I don't define myself, it is not because society says so; it's because I don’t want to." 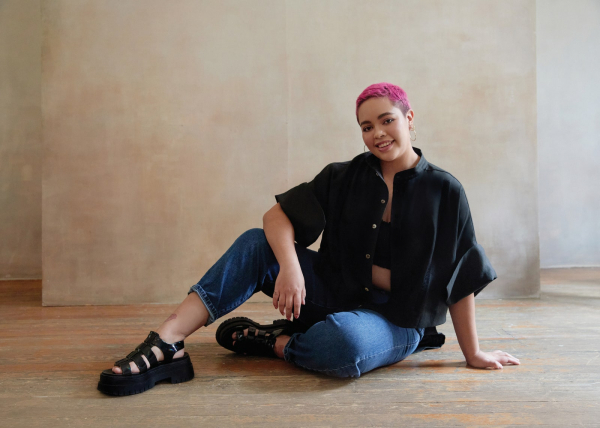 The power of that racial identity can also be found in Afrochingonas, a group of women brought together by a constellation of coincidences to create a podcast with a clear mission statement: For them, the pride of being Afro descendants can be perceived as "a seed by itself, a field that flourishes when together," as their tagline goes.

"I decided to claim the story I had been denied."

Scarlet Estrada is one of these women, an Afro-Mexican who is now proud of her roots but didn’t know anything about them as a child. "I grew up not knowing that I was an Afro-descendant because my family is marked by the idea of the mixed-race process, which tricks us into believing that we Mexicans come only from the indigenous people and the Spaniards, with the Black race totally erased from the picture. Later on, I studied anthropology, and a whole new world opened to me. So I decided to claim the story I had been denied, giving a name to my process and experience. Encountering other Afro people has been like looking in the mirror and fulfilling something that I was missing," she says, smiling.

Mar Bella Figueroa, who refers to herself as an impermanent being, chimes in. She comes from Huehuetán, a majority Black community in Costa Chica de Guerrero, abundant in oral traditions that explain its origins. “I have always felt this ambiguity between Mexico City and Costa Chica. From a very young age, I was questioned by others about my parents' dark skin. When I recognized and accepted my Blackness, I start to claim it back. I grew up reading that being Black was wrong, but now I celebrate it, and I want to share that feeling." 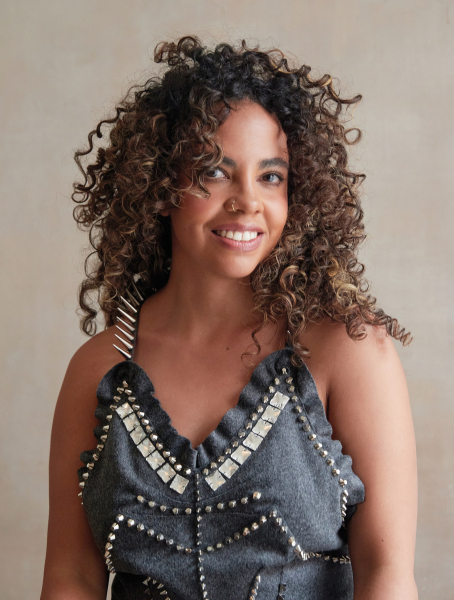 The third woman in the group is Valeria Angola, an Afro-Colombian woman who describes herself as cimarrona (the name formerly given to runaway slaves that founded free communities). “Mine has been a different process because I’ve never been worried about my Afro-descendant identity, but instead by the need of defending it. At Afrochingonas, we're not looking for representation; we're looking for a way of self-representing. This process is nurtured by the conversations between us three, trying to defeat stereotypes and racial prejudices and find our personal voice. We are aware that we're not absolutes: we get feedback from those who are listening.”

These lives are part of our historical soul. They speak by themselves, opposing power, learning to reuse their strengths, and avoiding traps. We can see their flair, a transformative light bolt in our memories, shaping our future and the heritage we carry within us.

No comments to show. 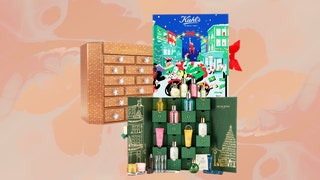 15 Beauty Advent Calendars So Good, You’ll Hesitate to Give Them Away

Allure / Clara Hendler Facebook Pinterest Email Whether you're shopping for yourself or someone else, the best beauty advent calendars will undoubtedly bring the magic this year. Anyone who struggles with holiday gift shopping can Read more… 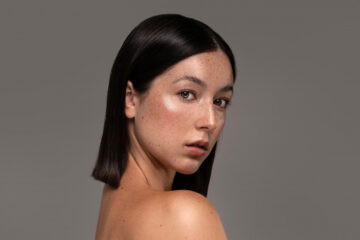 Everything About AHA: Your Guide to Alpha Hydroxy Acids

Getty Images Facebook Email Pinterest All products featured on Allure are independently selected by our editors. However, when you buy something through our retail links, we may earn an affiliate commission. When you think of Read more… 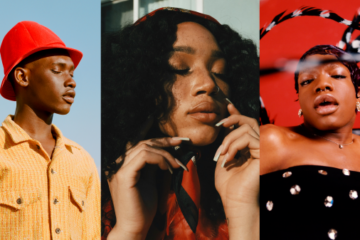 Why the Myth That Dark Skin Is Harder to Photograph Persists

Facebook Email Pinterest This story is a part of The Melanin Edit, a platform in which Allure will explore every facet of a melanin-rich life — from the most innovative treatments for hyperpigmentation to the social Read more…